Get rid of your House Clearance in a few clicks

Explore all services for Rubbish Removal in North West London

The North West of London is home to just over a million people, with over 400,000 residential properties across its boroughs. Over time, households accrue and then store a lot of bulky items that turn out to be junk, which causes most at some time or another needing a house clearance. If your house needs decluttering, or you have had new furniture delivered and have some bulky waste cleared, the Wayst platform has been designed to provide professional house clearance services in North West London.

We work with North West London’s most professional house clearance firms and find ourselves in and out of your area’s major towns, specifically Edgware, Ealing, and Harrow daily. All the house clearance specialists at Wayst offers house, garden, and office clearances, and can handle electrical waste removal too.

Last year, North West London was responsible for 1.2 million discarded electronics, some of the most commonly removed electronic items from homes in the area are waste items such as computers, laptops, printers and other appliances. Over 90% of those removed by the house clearance companies at Wayst have been recycled or even better reused.
Show More

When you are searching for a reliable and compliant house clearance service in North West London, you should check that the clearance company are a reputable firm that can prove what others are saying about their service through trusted third-party review centres, hold both a waste carriers licence issued by the Environment Agency and are insured for the work that they carry out.

An additional concern posed by unlicensed house clearance services is that if they are handling things like computers, hard-drives or documents that contain your personal information. Identity theft and fraud are serious problems that require a vigilant outlook to prevent. If you are clearing electronics or documents that contain personal information, you should check that the house clearance team can provide the relevant paper trail to confirm the destruction of this information or consider alternative confidential waste disposal methods.

At Wayst, our company ethos requires us to put the interests of our customers and the environment first. Our professional house clearance teams are security screened, allowing them to give you a trustworthy confidential waste removal option, as well as being licensed waste carriers. We believe that transparency in all aspects of waste management is important, for that reason, the entire journey of your waste clearance will be documented and reported back to you including the end of the line waste facility used to process your waste.

Whenever you need a reliable house clearance company to carry out a reliable waste clearance on your behalf, get in touch, the Wayst platform has been designed to save you the time searching.
Show More 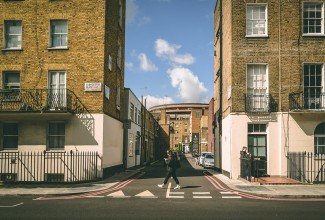 As with any waste transfer company it is important to check that private contractors are following the law when removing waste to avoid fly tipping and other practises that may be harmful for the environment. You can check the registration details of the company you intend to use on the environment agency website by typing in their name or company number.
Show More

The rules for recycling and what materials are accepted varies slightly from borough to borough, however clothing and textiles and small electrical items are accepted at all the recycling centres and micro recycling sites within the North West London area. Brent provides a detailed list with map links of all the micro recycling sites within the borough, allowing residents to filter the search by distance and items for recycling. The main reuse and recycling centre for Brent is at Abbey Road which is run by the West London waste authority. Other recycling centres in northwest London include Regis Rd in Camden western Rd in Harringay and Hornsey St RRC in Islington, although it should be noted that the Camden recycling centre on Regis Rd only accepts non-recyclable household waste. In contrast the Summers Lane reusing recycling centre in Barnet accepts a wide range of materials including plasterboard timber and car batteries, printer cartridges scrap metal and tyres. For the disposal of asbestos household and garden chemicals and paint, the North London Waste Authority (NLWA) Advises residents to contact the City of London to request removal by calling, or visiting the hazardous waste pages of their website.
Show More

Need help with a waste clearance in North West London? Get in touch
Show More

The North London Waste Authority which is made up of seven London boroughs including Camden and Barnet manages a waste treatment facility in Edmonton in Enfield, which has recently Received funding to create a sustainable waste management system at the facility. The North London Heat and Power Project will create local employment opportunities and a green infrastructure which will divert up to 50% of waste away from landfill. One of the major objectives of the NLHPP is educating people about the importance of reusing and recycling materials as part of the circular economy, as well as creating power and heating for many north London residents. The reduce reuse and repair directory on the website also gives details of where you can take broken electrical items to be fixed instead of throwing them out.
Show More