Explore all services for Hazardous Waste in North London

Batteries are used for a range of reasons around the house and the workplace in North London and with 5,316 active businesses and 626,243 residential properties there is a high battery usage in North London.

Battery recycling is extremely important for North London as it aims to reduce the number of batteries being disposed of as municipal solid waste, increasing North London’s recycling rates. However, batteries are one of the most misplaced waste types and are often found mixed in with general waste which is a problem as they contain toxic chemicals and heavy metals.

As there are many types of batteries and recycling processes, battery recycling can be a confusing process, which is why companies need to hire a professional battery disposal company in North London who can deal with your battery waste correctly.

In North London how do I recycle batteries from my business?

If your business premises in North London produces battery waste, you need to keep them separated in a battery recycling box and have them collected under Hazardous Waste consignment procedures where they will be segregated into different categories.

Several pieces of legislation affect the storage, collection, and recycling of battery wastes produced in North London and it is your duty of care that all battery waste is correctly stored on your premises using a battery recycling box. Bear in mind that you must be able to provide proof that you have followed all of the regulations of battery disposal and that you have checked the credentials of the waste contractor and disposal/recycling company you work with.

What you need to know about North London 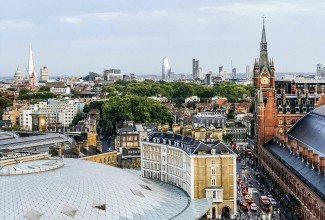 North London generally refers to the area roughly in the centre of the city map and to the north of the River Thames, and is made up of the boroughs of Barnet Camden Hackney Haringey Enfield Islington and Waltham Forest. North London is well known for its residential suburbs of wide tree lined streets and large period properties, and sought after areas include Islington, Angel, Finsbury Park, Camden Town and Hampstead. Properties in North London range anywhere between £600,000 and £2,000,000 and due to having some of the most outstanding Ofsted rated primary and secondary schools in the region, it is popular with parents who want their children to attend a selection of the best state funded schools in London. North London also has some of the most unique and interesting things to do in the capital from swimming in the ponds at Hampstead Heath to visiting one of the oldest single screen cinemas in the UK as recommended by Timeout Magazine. It also has a night time economy with plenty of pubs, bars and restaurants frequented by both residents and visitors to the area.

What are the different ways to dispose of waste in North London?

There are plenty of waste carriers based in North London who provide a variety of different domestic waste, office clearance, and commercial waste services, charging anywhere between £75 to £250 for home clearances (depending on the size). There is also a privately operated waste transfer station in N17 for household rubbish that stores all types of waste including organic and garden waste, and commercial and domestic junk collection is available in the Leyton area. Skip hire is a popular option, with a provider in E10 that offers scrap metal removal, grab hire, and site clearance for commercial use plus a range of domestic skips suitable for furniture, and DIY waste materials including carpets, flooring and plasterboard.

Where are the nearest recycling centres in North London

There is a household reuse and recycling centre in N7, and a free to use civic amenity site with bins for mixed recycling, batteries and textiles in Wood Green. The North London Waste Authority (NLWA) operates 8 civic amenity sites across the region in 6 out of the 7 North London boroughs with 3 in Waltham Forest on Kings Road, South Access Road, and Gateway Road. Hackney is the only local authority in North London that does not have its own dedicated household waste and recycling centre, and instead has over 70 recycling banks and bins fitted throughout the borough, however, residents in Hackney are permitted to use other tips situated in Islington, Walthamstow, Leyton and Wood Green. There are also 45 electrical waste recycling banks throughout North London, details of which are available on the NLWA website.

What rubbish collection services are available in North London?

Borough councils in North London provide regular collections of general waste and dry mixed recycling as a standard service to residents within the boroughs. Councils also offer free food waste collection and provide either bags or food caddies which are usually color coded brown. Due to the nature of collecting different waste types on a large scale, most councils run a fortnightly collection schedule, using color coded bins requiring that residents are aware of their timetable so they can put out the right waste on time for it to be collected. Local authorities greatly rely on the cooperation of residents to ensure that recycling is not contaminated with other types of residual or general waste, as this can cause delays further along the line at materials recovery facilities.

All the north London borough councils offer a subscription service for garden waste collection, which if it needs to be paid for normally costs between £50 and £75 per annum. Additional paid rubbish removal services such as special collections for bulky items, and additional bin collections are also provided by local authorities payable to the council. Clinical waste collection is provided for free upon request for the service with a referral letter from a GP or other medical practitioner on behalf of the patient. For white goods such as freezers and fridges, and waste electrical and electronic equipment (WEEE) a payable collection service also applies and the council is usually able to collect such items. The 7 North London boroughs are able to offer this as a limited free service through their contracted partner organisation, and residents can visit their prospective local authority website for more details.

Need help with a waste clearance in North London? Get in touch

How is the local authority in North London handling your waste?

The North London boroughs transfer recycling to Materials recovery facilities where they are sorted and then sent on to be reprocessed. This is carried out by waste management businesses working in collaboration with borough and county councils to recover value from waste, and divert waste from landfill sites. Integrated waste management facilities provide mechanised sorting and cleaning of materials using cutting edge technology and processing equipment. When materials arrive at the recovery plant they are quality checked for contaminants, which can cause problems in the sorting facility if they are not identified and removed from the conveyor, which is why councils implement colour coded bin systems for residents so that separation and decontamination of materials can occur early on in the process.

What are the plans for a greener future in North London?

Each North London borough has a legal requirement to plan for a greener future and communicate their strategy publicly, adopting the statutory framework within the London Plan to create a greener and more sustainable environmental and economic future for the whole City. The North London Waste Authority has information on their website to guide residents towards best practice for reducing reusing and recycling waste and provides written information on what to do with household items, clothing and textiles, furniture, and a directory of services for domestic appliance repairs. The North London Waste Authority also run campaigns to support the aims of the organisation such as hosting webinars for residents to spread awareness around topics like food waste reduction, and help shift consumer habits away from “take-make-dispose” towards a circular “make-reuse-recycle” approach.