Explore all services for Hazardous Waste in Enfield

Lead Based Paint Disposal in Enfield

Batteries are used for a range of reasons around the house and the workplace in Enfield and with 1,928 active businesses and 294,823 residential properties there is a high battery usage in Enfield.

Battery recycling is extremely important for Enfield as it aims to reduce the number of batteries being disposed of as municipal solid waste, increasing Enfield’s recycling rates. However, batteries are one of the most misplaced waste types and are often found mixed in with general waste which is a problem as they contain toxic chemicals and heavy metals.

As there are many types of batteries and recycling processes, battery recycling can be a confusing process, which is why companies need to hire a professional battery disposal company in Enfield who can deal with your battery waste correctly.

In Enfield how do I recycle batteries from my business?

If your business premises in Enfield produces battery waste, you need to keep them separated in a battery recycling box and have them collected under Hazardous Waste consignment procedures where they will be segregated into different categories.

Professional waste contractors offer specialist collection services in Enfield and upon completion will also supply a hazardous waste consignment note in compliance with the Hazardous Waste Regulations 2009 (England and Wales).

Several pieces of legislation affect the storage, collection, and recycling of battery wastes produced in Enfield and it is your duty of care that all battery waste is correctly stored on your premises using a battery recycling box. Bear in mind that you must be able to provide proof that you have followed all of the regulations of battery disposal and that you have checked the credentials of the waste contractor and disposal/recycling company you work with.

What you need to know about Enfield 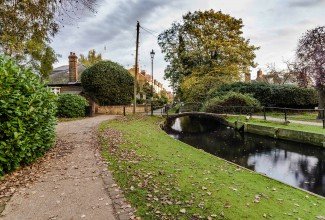 Enfield is a central north London borough that covers the towns of Edmonton, Enfield Town, Southgate and Palmers Green, and shares borders with Haringey Barnet and Waltham Forest. From its origins as a small market town, Enfield grew into the large residential suburb that we know today. The commercial center of Enfield town has been redeveloped in recent years to expand the retail area around the main shopping center and provide a multi-storey car park for shoppers and residents. the main overground stations in Enfield town Enfield Town, Enfield Lock and Enfield chase operated by Great Northern railway with stations elsewhere in the borough operated by Greater Anglia.

What are the different ways to dispose of waste in Enfield?

There are 3 skip hire companies offering domestic use skips from 3-14 yards and 2 independent waste carriers offering rubbish removal services in the Clay Hill area. There is another commercial skip hire company located north south between Ponders End and Brimsdown stations, and a man and van removals service on Cambridge Road going north towards the M25 starting at £25 per hour. There is also an industrial scale waste management company in Brimsdown that provides roll on roll off (ro-ro) skips as well as domestic sized skips, with a 99% recycling rate.

Enfield council also provides a list of registered skip companies on their website that are approved for skip license/permit applications that can either be made by residents or by the skip hire company on behalf of the client. Fourteen day licensing costs £60, and skips must be lit to avoid another £148 in penalties.

Where are the nearest recycling centres in Enfield

The main recycling centre for Enfield borough council is the Barrowell Green civic amenity site in N21, open by appointment only from 10am-6pm during the summer season, and from 8am-4pm in the winter. A wide variety of materials are accepted including DIY rubbish, hardcore rubble and timber (up to 6 sacks of each per household per month), along with gypsum although all forms of plaster and plasterboard are not accepted. There is also a Revive Reuse shop on site that resell furniture, bric a brac toys and games, all profits from which are reinvested into maintaining the site or donated to local charities. There are also recycling banks located at supermarkets throughout the borough, the addresses of which are available on the North London Waste Authority website.

What rubbish collection services are available in Enfield?

Enfield council operate several special collections including a household healthcare waste collection for non infectious waste such as dressings swabs, insulin related waste and sharps. Free removal of bulky electrical waste items such as fridges and freezers is also available via the council website and is collected by a third party company. The council can also collect up to 3 bulky waste electronics and electrical items (WEEE) available as a paid for service to be booked by midday on Friday for the following week.

Furniture and non electrical collections are treated as a separate service, and collections are available for free through the British Heart Foundation. Furniture is collected from inside the premises, however it should be taken to the nearest recycling centre if it is damaged or cannot be reused. The council also provides a fee paying service for furniture removal, including sofa removal and bed removal, with bed frames, mattresses and headboards counted as a single item.1 non electrical item of furniture costs £40, and up to 6 items at a cost of £60, so it is worth waiting until you have a few items to dispose of in order to get the best value out of the collections service. Residents may also pay an extra £10.50 to choose their collection day as it is worked out based on postcode, and items should be left outside the property by 6.30 am on the day, with carpets and rugs in sealed bags and flooring tied into manageable bundles with nails removed

Residents in Enfield are encouraged to reduce the amount of waste that goes into their general rubbish which has the biggest impact on the environment, and are reminded that all food waste should be placed in the brown recycling caddy which is emptied weekly. If there is an overflow of recycling materials these will be collected, however any general rubbish which is overflowing from the bins will be left by the waste disposal teams. Enfield council operates time banded collections for general refuse and recycling to avoid keeping rubbish in outside bins for long periods of time, which can attract vermin. Assisted collections are also provided for elderly or disabled residents living by themselves.

Need help with a waste clearance in Enfield? Get in touch

How is the local authority in Enfield handling your waste?

All refuse collected by Enfield borough council currently gets sorted by the North London Waste Authority at the Materials Recovery Facility (MRF) in Edmonton. Here, different materials are separated and sorted into categories that can be sold on to reprocessing plants both nationally and internationally to produce raw materials, energy and fuel. Items like tyres and paint which can be difficult to dispose of get sent to facilities that are uniquely equipped to deal with these materials and have the ability to reuse and recycle them back into the economy, keeping them out of landfill.

What are the plans for a greener future in Enfield?

The North London Waste Authority made up of 7 boroughs of which Enfield is a member, runs an energy from waste facility, fuel preparation plant, and a bulky waste recycling facility at Edmonton Eco Park. The park is managed by London Energy Ltd which is an independent company wholly owned by the NLWA and part of the wider move towards decentralised energy providers which is more environmentally friendly and sustainable in the long term.

The site at Edmonton has been using non recyclable waste as a resource since it was opened in 1971, has diverted 21 million tonnes of waste from landfills and has generated electricity for 80,000 homes over the last 50 years. The new state of the art energy recovery facility will generate electricity for another 50,000 homes and boost recycling for up to 135,000 tonnes of metal wood and plastic. When the Edmonton Eco Park is ready North London residents will be able to drop their general waste and recycling directly to the facility, driving increased recycling rates across the whole of North London.