Explore all services for Hazardous Waste in Bromley

Lead Based Paint Disposal in Bromley

Batteries are used for a range of reasons around the house and the workplace in Bromley and with 1,111 active businesses and 212,565 residential properties there is a high battery usage in Bromley.

Battery recycling is extremely important for Bromley as it aims to reduce the number of batteries being disposed of as municipal solid waste, increasing Bromley’s recycling rates. However, batteries are one of the most misplaced waste types and are often found mixed in with general waste which is a problem as they contain toxic chemicals and heavy metals.

As there are many types of batteries and recycling processes, battery recycling can be a confusing process, which is why companies need to hire a professional battery disposal company in Bromley who can deal with your battery waste correctly.

In Bromley how do I recycle batteries from my business?

If your business premises in Bromley produces battery waste, you need to keep them separated in a battery recycling box and have them collected under Hazardous Waste consignment procedures where they will be segregated into different categories.

Professional waste contractors offer specialist collection services in Bromley and upon completion will also supply a hazardous waste consignment note in compliance with the Hazardous Waste Regulations 2009 (England and Wales).

Several pieces of legislation affect the storage, collection, and recycling of battery wastes produced in Bromley and it is your duty of care that all battery waste is correctly stored on your premises using a battery recycling box. Bear in mind that you must be able to provide proof that you have followed all of the regulations of battery disposal and that you have checked the credentials of the waste contractor and disposal/recycling company you work with.

What you need to know about Bromley 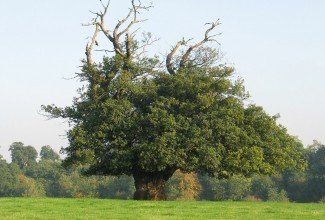 Bromley is one of the largest boroughs in London and is regarded as a desirable area due to its range of high value properties. Bickley, which is near Bromley town centre is notably affluent, although there is a wide range of housing options from rental properties, to houses suitable for first time buyers. Even though Bromley is London’s biggest borough it has fewer people per acre than every other Greater London area. This is because half of the borough is dedicated to nature and as a result, Bromley has the largest amount of green space in London. There are plenty of attractions to visit in the borough such as Down House (Home of Charles Darwin), the Crystal Palace Park, Chislehurst Caves, Church House Gardens, and the Glades. The Churchill Theatre, which is in Bromley town centre hosts a wide range of touring performances and seats 781 people. Bromley is also home to London’s oldest football team who run weekend clubs for children of all ages and abilities

What are the different ways to dispose of waste in Bromley?

The local authority in Bromley strongly encourages residents to recycle as much refuse as possible, and to keep general waste to a minimum. There are over 40 recycling sites in Bromley, shown on the council with a link to Google Maps to make them easy and convenient for people to use. Residents can also check collection days, report missed collections and order recycling containers via the website.

The council requires residents to hold a permit to use the recycling centres in the borough, which is free of charge. Bromley council also provides a detailed guide on their website on how to find independent waste carriers in line with the Waste Regulations Act (2005) to ensure that carriers are registered and authorised to transfer waste. While this legislation is mainly used for the control and tracking of hazardous waste, it should be noted that it applies to any and every organisation that transfers waste, as that which is not disposed of properly will inevitably present an environmental hazard.

Where are the nearest recycling centres in Bromley

There are two recycling facilities in Bromley on Churchfields Road, and the Waldo Road Reuse and Recycling Centre. Waldo Road even accepts asbestos if it is kept in sealed bags and disposed of with the help of site staff in a specialised locked container. Residents may also dispose of larger amounts of brick, rubble, and construction waste if they pay the trade and commercial waste rates. The minimum charge per vehicle is £23 and visitors are required to use a weighbridge to calculate the exact cost. Both recycling centres accept small amounts of construction waste materials free of charge depending on weight.

What rubbish collection services are available in Bromley?

For general household waste and recycling collections, the council operates a biweekly timetable. Up to date collections calendars can be downloaded from the website, as well as a complete table of collection days for the borough, showing which day of the week to expect collections so that rubbish is not left outside for long periods.

Need help with a waste clearance in Bromley? Get in touch

How is the local authority in Bromley handling your waste?

As one of the greenest boroughs in the city, Bromley adheres to a strict code of conduct when managing waste and provides a wealth of detailed information on their website to help residents dispose of waste and recycling correctly. Each mini recycling site is listed on the website, with a google map link and a comprehensive list of what materials are accepted at the bins. This is almost always glass, paper cans, textiles, and shoes, but some micro sites also accept plastic and small electrical items. The best places to recycle non-biodegradable materials such as a variety of durable plastic and metals is still at one of the main recycling facilities.

Bromley council also have a zero-tolerance policy on Enviro-crime and provide an online form for reporting information that could lead to the successful prosecution of anyone involved with fly tipping and other crimes against the environment. Unfortunately, the council cannot deal with reports of rubbish left on private property, as this is the responsibility of the landowners.

What are the plans for a greener future in Bromley?

Bromley promotes itself as a green borough, particularly since most of the area is a Metropolitan Green Belt with numerous parks and woodlands. The Environment Matters report, which is regularly distributed across Bromley and is available to download from the council website, gives details of how the council is managing waste and sets out plans for improving the local environment. The report states that nearly all non-recyclable waste is being sent to an energy recovery facility, which is great news for the environment, and highlights efforts to collect batteries and small electrical items as part of a renewed recycling service for the borough. ‘What happens to my recycling’ is another source of information on the waste news section of the website that explains how items are repurposed or reprocessed, ensuring that residents are kept up to date with developments and assuring them that their recycling is being handled correctly. The council have also added electric vans to their fleet of recycling collection vehicles and reduced vehicle movement by 10% at their recycling centres by introducing larger containers that need to be emptied less frequently.