Find Asbestos Removal in Twickenham in a few clicks

Explore all services for Hazardous Waste in Twickenham

Lead Based Paint Disposal in Twickenham

Richmond Council does not offer a direct service for asbestos removal, so if you discover asbestos on your property it is advisable that you contact a licensed contractor to remove it.

It is not advised to place asbestos waste into your general or recycling waste bins, as this could seriously endanger others, you also cannot dispose of asbestos waste at Townmead Road Re-use and Recycling Centre. However, residents of Twickenham can arrange an appointment with West London Waste to dispose of cement bonded asbestos, which will enable you to dispose of the waste at the household waste and recycling centre in Abbey Road.

The City of London operates a Household Hazardous Waste Collection and Disposal Service (HHWCDS). This allows residents of London whose local authority does not provide an asbestos removal service to arrange for a collection. However, this asbestos removal service does not include a dismantle or wrapping service for the waste. This must be done by you or a licensed professional which can be extremely dangerous if not done properly.

At Wayst we provide a complete removal service of asbestos from residential properties, commercial buildings and construction sites. We aim to provide a safe and smooth service for all our clients, which is why we ensure that our asbestos waste partners follow all the recommended health and safety procedures when collecting asbestos from your property.

Need help with asbestos removal in Twickenham? Get in touch.
Show Less

How dangerous is asbestos?

Annually, Twickenham produces over 83,000 tonnes of hazardous waste, a small percentage of this is asbestos. Asbestos is not usually harmful when it is within the structure of a building. However, if it is disturbed it can be deadly.

Asbestos is a natural product that consists of needle-shaped fibres. There are six types of asbestos that have been put into two sub-groups; serpentine and amphiboles. Serpentine asbestos, also known as white asbestos, was the most commonly used and is much less hazardous than amphibole asbestos.

Asbestos was banned in 1999 across the UK. This prohibits the importation, supply and use of all types of asbestos due to the health issues exposure to the fibre caused. Before it was banned it was used in cement sheets, plumbing insulation and electrical insulation.

It is hazardous waste, therefore it must be stored, handled and disposed of carefully and safely. If asbestos is cut, sanded or broken it can release fibres which can be inhaled by people near to the product. Inhalation of asbestos into your lungs can be fatal as it is very hard for your body to fight it off, which can cause serious lung diseases.

For people who already suffer from breathing difficulties like asthma, you are likely to be more susceptible to the negative effects of asbestos.
Show Less

How to test for asbestos

We recommend that you do not try to test for asbestos yourself. At Wayst, we can offer expert advice and work with specialist asbestos surveyors who can check whether a substance in your home is asbestos or not. A sample of the material can be sent to a secure site where it will be properly tested to determine what the material is.
Show Less

How asbestos is removed

To reduce the risk of exposure to harmful asbestos fibres, the hazardous waste must be removed and disposed of properly. There are various methods that could be used to remove asbestos, which will ultimately depend on where within the building it is and how severe the risks are.

The recommended method of removing asbestos from your property is hiring a licensed waste carrier who is trained in the intricacies of asbestos removal to collect and dispose of it. Companies who are licensed to deal with this waste know how to handle it correctly and are aware of the health and safety guidelines provided for asbestos removal.

At Wayst, we ensure we only work with partners we know have full asbestos safety training, so we do not put you or our employees at risk of exposing themselves to harmful fibres. We follow all environmental and health and safety regulations, including the Control of Asbestos Regulations put in place from 2012.

Unlike your local authority, if requested we will arrange a safe removal of the asbestos from either inside or outside the property. We can also provide a service to wrap the asbestos appropriately before disposal to reduce exposure to the product.
Show Less

According to the Control of Asbestos Regulations 2012, you have a ‘duty to manage’ any asbestos in your property if you are responsible for the maintenance of non domestic premises. It is your responsibility to ensure you protect anyone who uses or works in your building from the risks of asbestos where possible.

Everybody who is likely to be exposed to asbestos fibres at work, like construction workers, must receive appropriate training before handling asbestos and from 2015 it was made mandatory that all workers doing non-licensed work with asbestos are under health surveillance by a doctor.
Show Less

Companies who would recommend our Asbestos Removal services 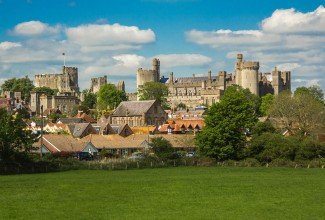 Residents in Twickenham have a variety of options when it comes to booking waste clearance services in the area. There are more than 10 independent rubbish removal companies operating in Twickenham, not including all the waste management companies outside the immediate area that cover all of Richmond Upon Thames. If it is possible to book a service closer to home it saves time and fuel emissions, however residents who require a man and van services such as furniture recycling, sofa removal and general junk clearance should have no problem finding a licensed waste carrier nearby, and residents can check their chosen provider on the environment.data.gov.uk website’s public register of licensed waste carriers, defined as anyone who transports, buys, sells, or disposes of waste.
Show Less

The closest designated reuse and recycling centre available for residents in Twickenham is the Townmead Road centre in TW9. Residents from other West London Waste Authority boroughs are also permitted to use this civic amenity site, however, those living in Richmond have the best access to the Townmead Road site, and the range of services provided there. They accept almost all kinds of materials that are difficult to dispose of such as oil, paint hardcore and timber completely free of charge. They also accept mattresses, white goods, electrical equipment, car batteries and even fire extinguishers. Commercial industrial and trade waste are also accepted at the Townmead Road facility charged at £205 per tonne with a minimum charge of £41, and £115 per tonne of green waste, scrap metal, paper and card with a minimum charge of £22.
Show Less

Need help with a waste clearance in Twickenham? Get in touch
Show Less

The West London Waste Authority provides plenty of helpful tips and information on their website for residents in Twickenham and Richmond Upon Thames on reducing waste and taking part in community reuse and recycle schemes on the WLWA website. One such initiative that individuals and families can do at home is to start to change their everyday habits around accumulating waste in the first place. This can be achieved by small incremental actions that add up to have a big impact on the amount of waste that individual households produce and will significantly reduce the overall amount of waste that needs to be collected. There are several ways in which residents can start to reduce the amount of rubbish generated on a daily basis by bringing less waste into the home through making better buying choices, repairing items and planning meals in advance to reduce food waste, which can cause harm to the environment if it ends up in landfill. Residents can also access community reuse and recycling schemes via the local authority website such as Richmond Freegle, the Richmond furniture recycling scheme,and the TRAID clothing collections scheme.
Show Less